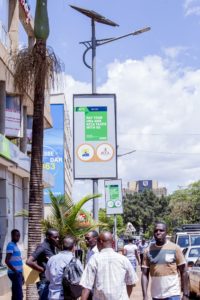 According to the 2014 National population census of Uganda, Kampala district and her surroundings (Wakiso District) have a population of over 1.5 million residents.  This figure was confirmed by Uganda National Bureau of Statistics (2016). Furthermore, a report by Susana.org, places Kampala’s population at about 2.25 million during the day as a result of commuters coming in from regional districts of Mukono, Jinja and Masaka. Overall, the city gets an estimated 750,000 daily visitors for all sorts of reasons from all parts of the country.

However, 60% of these commuters are actually residents who have not travelled more than 7 Km from the city center. The majority of people you see on the streets during the day are likely to have come from the areas of Mulago, Kasokoso, Makerere, Kivulu, Natete, Ndeba, Najanankumbi Bombo, Gayaza, Entebbe, Kiira, Ndeba, Mpigi, Nansana etc. They commute to the city mainly via these routes:

There are other roads but the above are the main arterial routes.  Commuters use taxis, buses, boda-boda or motor-cycles and many make it to and from the city on foot.

Overall, all the roads mentioned above share the same characteristics as Ggaba Road.

Although we could not find specific figures of how many people are carried by each route, but we can confidently inform you that about one million (1m) people use these routes daily.  Therefore, any advert along these roads will get an audience.

Most of the roads we have identified above are ideal for advertising any product or service because they carry huge numbers of commuters of all income levels. All these roads have street pole adverts on them, why?

Advertising prices and benefits compared – Street Pole Vs. Others

Brand Communication Managers are usually confronted by a simple but tricky question; how do I advertise effectively at a low cost and gain maximum results?

Thanks to a panel of independent advertising experts this mystery has been demystified.  The street pole is the cheaper and more effective media for brand communication.

Take Entebbe Road, Kampala as an example; place adverts on 10 street poles along the road and a giant billboard at clock tower. The billboard costs our clients up to 3.5 million shillings per month while the 10 street poles costs them a mere 2.5 million per month.  (Plus Printing the artwork and VAT for poles or billboards

The number of poles purchased and duration on the street have a discounting effect that can further bring down the cost of street pole adverts by up to another 30%.

“One of the biggest benefits of street pole adverts is their relative cost efficiency compared to the number of consumers it could potentially reach if used correctly”, according to a report by Minuteman Press of South Africa

Let’s consider circulation and use Entebbe Road again as a standard for comparison.  Over 150,000 people pass via this road over a 24 hour period.  Characteristically, newsprints work for only 12 hours or less because most sell from 9am and are binned by 6pm of the same day.

The highest circulating newsprint sells up to 37,000 copies, but none of the drivers and commuters along Entebbe road will be reading while driving passed.  On the contrary, they will be seeing the street poles because of their high visibility rate caused by the poles’ proximity to the road.

Furthermore, street poles are positioned at just about a foot over the tallest man on the street, making them impossible to be missed by most people. The pole is right in the path of the pedestrian and motorist, intentionally and strategically located in places where there is congestion.

Advertising campaigns require consistency and only the street pole can offer that.  It is the consistency that results into effectiveness.

Furthermore, our clients usually rotate the poles between roads at no significant extra cost, enabling them to reach potential customers from many areas of the city using the same number of poles.

Street poles enable our customers to generate up to 5 images of the same service and display them to clients along the same route without necessarily losing the core message.  For example, DSTV can advertise 10 football teams from all over Europe in different images without losing the core message that only DSTV brings the league matches to your home TV screens.

In addition, street poles enable our clients to target potential customers passing via a particular route.  One of our clients, a world known restaurant chain is placing pole adverts along routes in Kampala where they have restaurants.

If you have your artwork and visual graphics professionally prepared, you are assured of your advertising campaign being effective from the street pole.

Recently, we have received inquiries from advertisers who want to place adverts in various parts of the country.  One of our clients a commercial banker has gone nation-wide on the street poles.

While the poles may not be an effective mass marketing tool for the countryside, they can be used to influence and reach many consumers in towns and cities.  Poles are an extremely great tool for brand communication.

Place your business in the 1st lane with Streetlight Pole Advertising

Browse through our portfolio of successful campaigns

Incwright Uganda Limited is a creative and innovative company whose primary objective is to provide new and unique advertising concepts to corporate clients. We have 5+ years experience with a track-record of  communicating our clients’ brands to the masses.